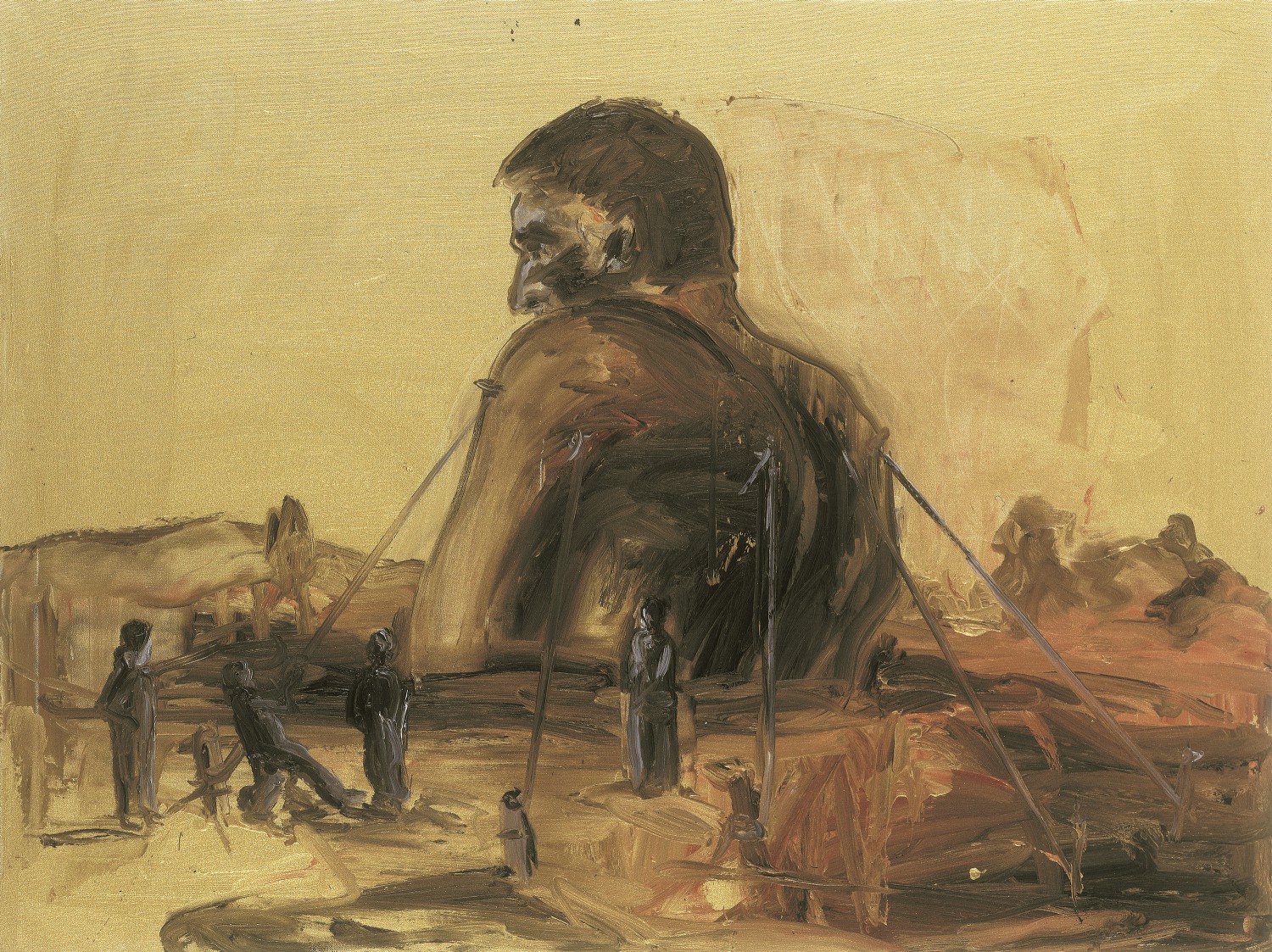 The Heads series is as a liminal zone for Nachume, prophesying the end of his figural paintings and new commitment to abstraction. Giant, god-like figures and heads stand guard at the gate of the illusory world as sphinxes sit before pyramids, presiding over desert landscapes. There is a forsaken isolation to these forms, a sense of being trapped. Thoughts are imprisoned inside the heads, and the heads and figures are held captive or made immobile in their limblessness.

The head as a figure is the place Freud tread; the skull is a memento mori; the severed head a totemic worship object. All of these denote boundaries between order and chaos: the real and the surreal; life and death; the earthly and the unearthly. These are also descriptors for Nachume’s major painting periods—at the edge of this series, Nachume will depart the physical world outside the head and move deeper into the anarchy of its unconsciousness.