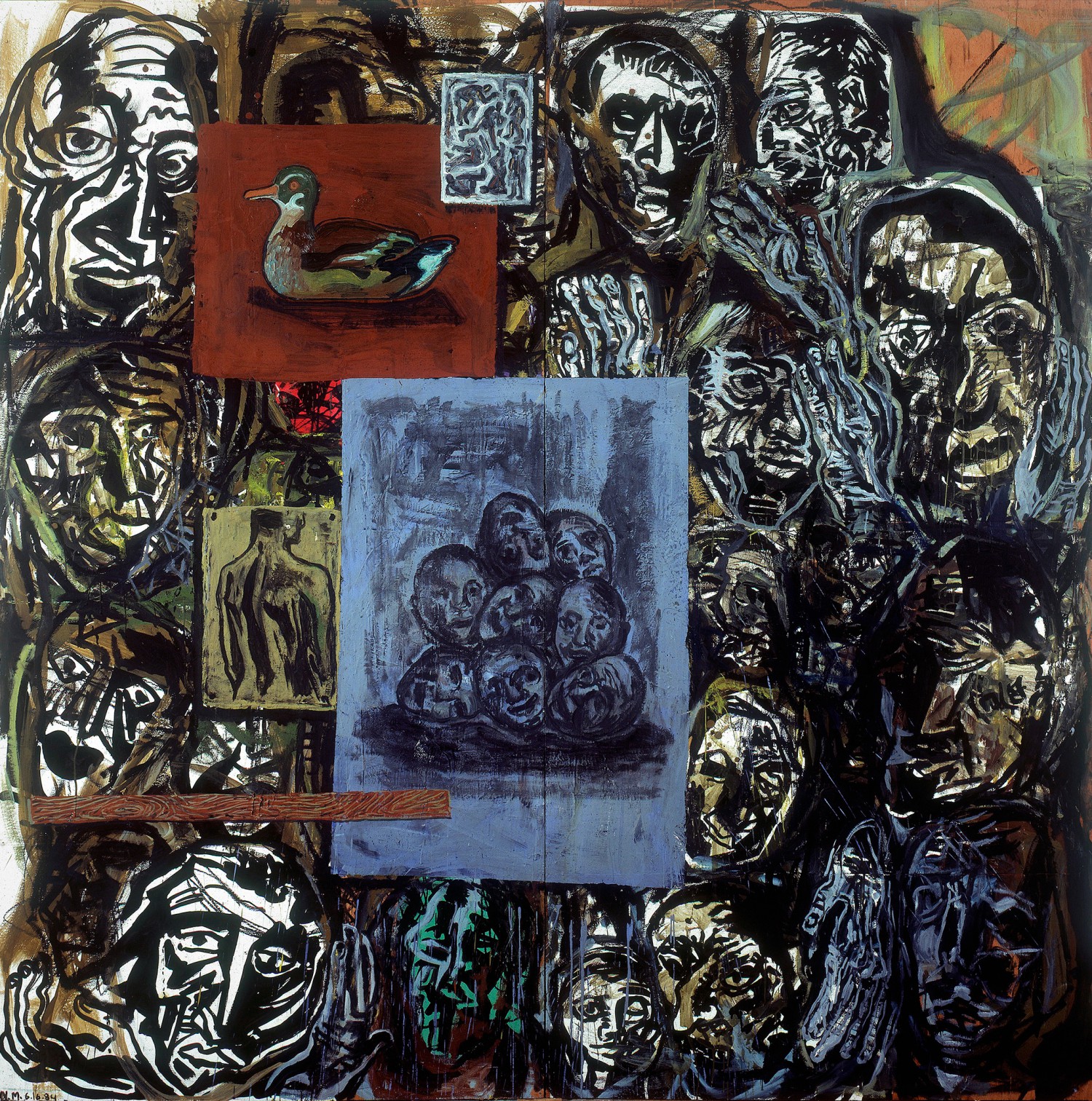 More from The Studio

In the Studio series, Nachume returns, as in his Table Drawings and sculptures, to an exploration of the physical location of artistic conception. In the studio, dreams realize their material forms. His images here graft the fictive and the surreal beside the reality of interior spaces, suggesting the mind itself at work; its own imaginings cast within the chamber of the skull (a symbol developed further in his next series, “Heads.”) The legacies of art’s past live in the studio—paintings on the wall, decorative items within the room: embedded in all creation is tradition—each new painting forming another link in the chain of history.

The images projected in this mind are not simple dreams but complicated, sometimes jarring pairings. Nachume unapologetically places sharply distinct painting styles on the same canvases: the real and impressionistic paired with unadulterated abstraction; implying that thoughts do not obey authorial consistency, but will engage in combat, competing for dominance. In painted scenes of warfare and violence, humans and animals exist on the same plane: mobs of Klansmen, soldiers and damned souls commune with bulls and donkeys in mutual carnality. These paintings’ degradations and narrative triptych panels suggest Bosch; stormy portrayals of warfare reference Goya. Here, as in the studio’s gallery, artistic pioneers inhabit Nachume’s interior world.