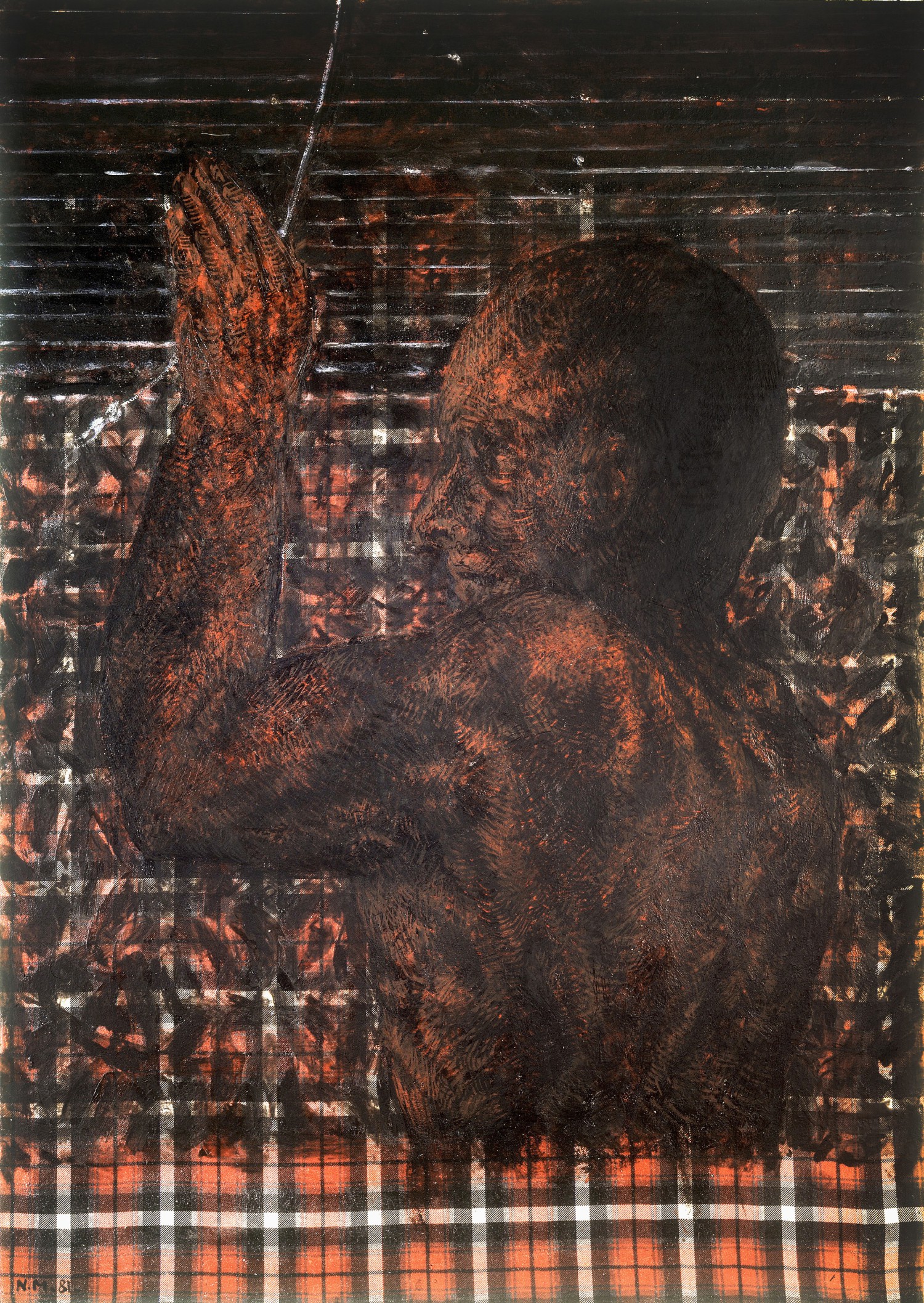 In the Giant Figures series, there re-appear the same touch and insensitive men who filled 'central' roles in the Assassination Series, but Miller gradually strips thme of their roles in the drama, which is connected with a particular time and place, and they put on a dimension of timeless giants, imprisoned inside their colassal bodies. The distorted bodies, placed inside bourgeois rooms allude to sensations of weight and psychic overload like, for example, the hard interior scenes of Francis Bacon, monumental sculpture at ancient shrines, and distorted faced like the stripped skin of St. Bartholomew in which Michelangelo's face is reflected. "Miller's figures are in a limbo party of their own making - the result of a particular inertia, as though they were weighed down by their own actuality - but mostly because they seem to be part of some all-encompassing banality, the insupportable ordinariness of things" (Donald B. Kuspit).